As is the rule of trade in general, a person should invest in potential assets when the price is low. For the strategy to be successful, the investor must have faith in that asset’s future of course. Unfortunately, if there was ever a currency that could be categorized as chaotic neutral, then it would be bitcoin. No other currency in any market has ever shown a higher range of positive and negative variance than bitcoin. Neither has anything else in the market broken through estimations on both sides so utterly and completely before.

The Iconic Rise of Bitcoin in 2017

Bitcoin’s first and most iconic instance of volatility was observed for the first time when its value shot up from just US$3726.51 on September 15th, 2017, to US$19,650 on December 15th, 2017. In just a month’s time, the exchange rate of bitcoin increased by 427.3%! Considering what was to follow more than three years later, that spike may no longer seem as impressive today, but it established both bitcoin’s volatility and immense investment potential beyond doubt.

The Contrasting Fall of Bitcoin in 2018

Aside from a few short spikes in January 2018, Bitcoin’s price continued to plummet after December 15th, 2017, and US$19,650 remained its highest value ever, at least for the time being. In fact, the price of bitcoin came down to US$3,183.51, a year later on December 15th, 2018. Therefore, bitcoin lost 524.25% of its peak value in exactly one year, which was another marker that earned bitcoin no small amount of criticism and infamy.

Bitcoin Goes Off the Charts

After Bitcoin broke all previous records on November 12th, 2021, and reached an all-time high of US$64,400 per coin, no one could have predicted the currency’s trajectory of rapid downfall that was to come in the next 12 months. Exactly a year later on November 12th, 2022, bitcoin’s value stood at US$16,855.30, which was, coincidentally, also the cryptocurrency’s lowest exchange rate in the last 12 months.

The crypto market is no longer just about bitcoin though and that fact will become even more evident next year. Most estimates suggest that several cryptocurrencies are about to see a very good year in 2023. So, now would be a good time to convert crypto to cash  (a portion) and reinvest the funds in other assets that are expected to be profitable sooner. An example would be USDT, aka Tether. USDT is the most reliable stablecoin today and it is already on an upward trajectory as of late 2022.

Anyone familiar with the history of bitcoin knows better than to believe the mighty cryptocurrency won’t be making a comeback again. It’s the unprecedented rise and fall that has made bitcoin such an enigma to even the most experienced investors over the years. Nevertheless, if the crypto coin’s history is anything to go by, predictions around bitcoin cannot be relied on without taking risks that may or may not be well worth it anytime soon.

Crypto Boom: How the Bitcoin Boom is Transforming the World of Finance 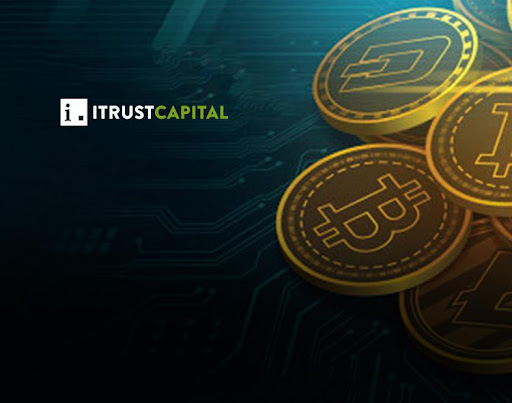 iTrust Capital Reviews – What You Need to Know