The young generation now likes indoor games more than outdoors and in the period of covid, the craze for indoor games especially the board games have increased than before it was. There are many board games like chess, ludo, carrot and many more, one among them is Checkers or Draughts. Checkers is a board game which is played by two people sitting on opposite sides of each other. There are two sides of the game, each side is marked with different colours (usually red and black or white and black) of pieces. The players can touch or move the opponent’s pieces. The aim is to complete the colour of pieces which is at your side to the side of the opponent and it is done by making the pieces jump and reach to the other side. Let’s take a practical example, Player A and Player B are playing. Player A has red pieces while Player B has black pieces. Both the players will try to complete their pattern first on the opposite side to win the game. The chance will go on alternatively, the players will make their piece jump over the other and finish the end faster than the other to win.

There are many types of checkers like Chinese checkers which is similar to the checkers but the difference is in the shape of the board, it is in a star shape with six different pieces game items in total and can be played by two to six players.

There are many sites offering checkers games online making it more convenient t for the players. The game is played online exactly, in the same manner, it is played offline. The game is supported on all devices may it be a mobile phone, tablet or laptop. There are boards of different measurements like 8×8,10×10 and 12×12. Generally, the checkerboard is of 8×8 size but the international boards are of 10×10 and the Canadian or Singaporean are of 12×12. The game contains all the boards and whichever is chosen by the player that will appear on the screen of the device and the player can play on the board by touching the piece they want to move or jump. The players are selected at random and if anyone wants to play with the specific player of his choice, the player must log in to the application with the code given by the other player or send the invite link via WhatsApp, mail or another social media platform.

Checkers games online are designed for the players so that they can play the game whenever they require and dos not have to god the board and the player who can play along, the game works for 24 hours making the board and player always available for playing.

If a person has a device which is having a well Internet connection can play the game just need to install the app from the device store and then complete the registration process first. The registration process includes some details about the player which generally contains the name, email, phone number, country and gender. The player must take care that the details entered by him are correct so that no issue is raised. After the filling of details is done, the game will give its terms and conditions which the player has to agree to continue the process. After the above steps, the game will become available for free. There is a help option that teaches how the application works and the game is to be played. The game is designed in a very simple way making it understandable for less or not at all technical people. And it is designed so colourful and creatively so that the players do not get bored of playing for long hours. There are various boards available some require two players while some are six players.

Checkers game online provides 24 hours access to its users, the p, layers can play the game whenever they want to and the gaming rooms are readily available, just the player needs to log in to the game and continue playing. Some players find checker games online easier than offline because the main advantage the game offers to its users is that it is available on all devices so the players can even play the game while they are travelling which is not possible when playing offline as who will carry the board and pieces. And it even saves the cost which is invested in purchasing the board and then taking care of the pieces, if anyone piece is also lost the game ruins and is not played when the pieces are less than the required numbers so, in all prospects, the checker game online is much more easy and simple to play.

During the lockdown, it was seen that the people were not allowed to go outside rather stay in. They would feel bored so to help them pass their time and learn something interesting, checkers again came into notice. Checkers is a mind game that involves t use of the mind making it sharper so it is very good to play checkers as one feel fun and also gets to learn and use the mind. Checkers is a very old game which was even played by our grandparents and their grandparents as well. It has always been in demand. As everything is shifted online then why not the games. Now there are many applications providing checkers games online that were earlier played just on the board. It is more convenient playing the checker game online than playing it on board. Many websites and applications provide checker games online for free and the games are available for 24 hours which tells that the player can play at whatever time he wants to without asking the other person which was earlier a problem when playing checkers offline. So it is advisable to try and involve yourself in playing checker games online which is very intellectually designed. 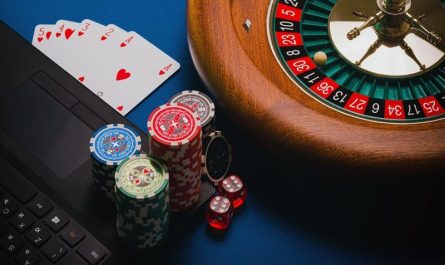