The NFL has been the king of sports for a while now, as they can almost do no wrong, and they will get a massive rating for even their worst games imaginable. Football has gone a long way in terms of accepting technology and making sure that the player’s health and safety are important, as well as ways the game has been viewed by fans and front offices. Today, we are going to be discussing the biggest technological advances in NFL history.

One of the big reasons why the National Football League continues to be at the forefront of American sports is because they have accepted betting into their games. They constantly talk about the NFL odds and how it impacts the game at hand.

That’s right, one of the biggest technological advancements in NFL history has been a stupid tablet. Let me explain because back in the day, you would still get black and white photographs of the play to showcase what has happened throughout the game, but now on the tablet, players and coaches get high-resolution images in color and have the ability to edit pictures to show what they are talking about on the sidelines.

This helps both sides of the ball as they can identify missed blocks and what the opposing team is doing with specific formations, as well as able to get a grip on what the issue was on a specific play throughout the drive. Now teams do not have to wait until they are able to review tape throughout the week and get to see what happened in real-time, which can really help their Vegas NFL odds.

This is something that not every single franchise uses, but definitely, something that they all should. As virtual reality gets better and better with the technology improving, being able to take “mental reps” of the situations instead of risking injury by having a player get hit during practice is crucial.

Just think about it this way for a backup quarterback that is not getting first-team snaps during practice heading into the week. Sunday comes, and the starting quarterback goes down, but now you have some issues since you have been practicing with the backups and haven’t been able to throw with the starting wide receivers.

Virtual reality will use the player’s data to create lifelike simulations where a quarterback can get used to game situations and have a receiver get open. In a game that seems to be about pushing forward, this is an area that definitely will get us there.

Why has this not been implemented in the National Football League yet? We are able to track a bunch of different things on the football field to predict NFL lines, but we are not able to see if the football has passed the first down marker without lugging the chains to the ball and checking.

There are tracking systems for sports like tennis and hockey where the ball/puck are able to be accounted for at all times. In a game where positioning matters the most in sports, we need to implement it in game situations.

Putting a sensor inside of the football could be the way that a head official inside of the booth can see the football location, similar to a GPS, and tell the rest of the referee crew if the ball is a first down or not and where to specifically place the ball, so it is down. This feels like an obvious technological fix that we can do instead of the antiquated ways we continue to see each and every week.

With new technology improving every single day, it is important that football continues to embrace it to continue growing the sport. What piece of technology would you like to see incorporated into the National Football League to make the product a little bit better? 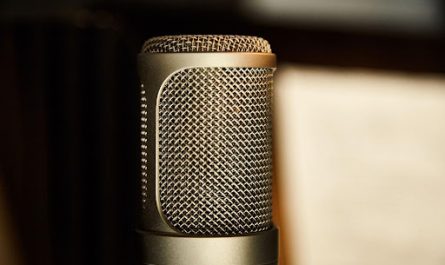