[Top 10 Actress Who Became The National Crush of India]

Rashmika is listed among one of the most talented and pretty actresses in the south film industry. Recently Google declares Rashmika Mandanna as the ‘National Crush of India’. Becoming famous has never been as easy as it is now, thanks to the help of the Internet She has worked in many blockbuster movies.

Smriti Mandhana won millions of hearts when she scored the fastest fifty for India in the Women’s Twenty International fixture. In June 2018, BCCI named her the Best Women’s International Cricketer. In addition to being a brilliant cricketer, she is also very beautiful. Her beautiful smile made her an instant sensation in India.

Momina Mustehsan became an instant sensation when her song Afreen Afreen was released. She sang the song with the legendary singer Rahat Fateh Ali Khan. Just like her voice, her face is also very beautiful. No wonder if you see her featuring in the movie as an actress.

Sanjana recently got her big break with the film Dil Bechara, opposite the late Sushant Singh Rajput. She was much appreciated for her work in the film by the public and critics alike. Before this huge break, she also appeared in the film Hindi Medium. According to IMDb, she was the top Breakout Star of Indian Streaming Films and Web Series the previous year.

Isha Talwar mainly works in Malayalam and Hindi language films, though she has also appeared in a few Tamil and Telugu films. Isha began her career as a model and initially worked in many commercials. She began her film career with the 2012 Mollywood film Thattathin Marayathu.
Recently, she won people’s hearts with her work in Mirzapur. She played the role of Madhuri Yadav Tripathi and her performance in the series ruled over the internet. She becomes the crush of Indians after a few days of the release of Mirzapur season 2.

Priya Prakash Varrier became very popular when a short clip from the film Oru Adaar Love went viral on the internet. In the clip, Priya was seen winking at someone and her winking was so gorgeous that she became an overnight celebrity and the National crush of India. Now she is famously known as a winking girl.

Sakshi Malik is a model who gained huge popularity when she appeared in the song Bom Diggy Diggy from Sonu Ke Titu Ki Sweety. After this song, she started to get many big projects. She also appeared in a music video opposite Asim Riaz.

Shirley Setia is very popular on YouTube and has uploaded many of her songs on it. In addition to her melodious voice, she also has a beautiful face. Recently, she made her Bollywood debut with the film Nikkama. Shirley Setia is a crush of many youngsters in India.

Disha Patani became an instant sensation after the release of MS Dhoni, The Untold Story. She has a huge fan base on social media. She keeps her fans updated by sharing her pictures. The actress bagged many movie projects also. Disha Patani also becomes the national crush of India overnight when the Cadbury Ad featuring her goes viral in India.

Some years ago, a picture of Shah Rukh Khan posing with fans went viral. In the picture one girl got all the limelight and attention, her name was Saima. Soon she became famous as a selfie girl (National crush of India)and got numerous marriage proposals. 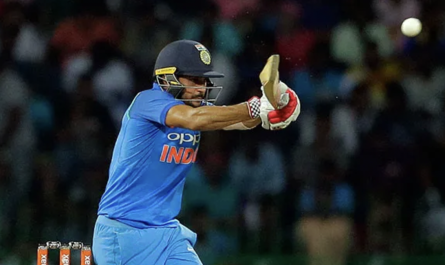 The story of the South African rebel tours