Women and footwear have an inseparable bond you cannot describe in words. It is purely based on emotions and making a style statement that stands out in the crowd. Though there are countless footwear styles that women wear, only a few of them have unique style appeal and appearance. One of them is jutti. Juttis are one of the oldest Indian footwear that stood the test of time and are still loved by millions of women. Since their traditional counterparts, juttis have evolved into fashionable footwear over the years. Today, countless designs and styles in juttis can easily make you fall in love with them.

One of the great things about juttis is that their origin has a great influence on their making and appearance. Juttis come from all over India, and each type of jutti has distinct features that distinguish them from each other. For example, a Punjabi jutti is adorned with elements like flowers, leaves and intricate thread and beads. They are one of the staple footwear in Punjab, and Punjabi women love to wear them on almost every occasion, whether it’s a wedding or day-to-day use. No matter which part of India or the international countries you come from, you have a unique style of jutti. Therefore if you are an ardent jutti lover, take a look at these four types of Indian juttis.

Rajasthan is one of the popular Indian states known for its rich heritage, lavish palaces, intricate handicrafts and obvious Rajasthani Juttis. Rajasthani Juttis are one of the famous footwear from the state, which is loved by Indians and is also exported to numerous countries around the world. Rajasthani Juttis have an M-shaped front which is called Panna, and it is adorned with embellishments from the native design elements such as tassels and ghungroos. It also has similar patterns at the side and back of the jutti. Many Rajasthani juttis design exhibit the rich flora and fauna of the state. Many artisans use motifs like leaves, birds, animals, flowers, and other traditional shapes and patterns to embroider the jutti. Many juttis also adorn delicate thread work with countless colours and patterns. Over the years, Rajasthani juttis are getting modern too. Nowadays, you can see minimalist designs with subtle, pastel colours that still embody the traditional Rajasthani jutti style.

Punjab is one of the most prominent northern states of India. Punjabi people are known to be full of life, and their larger-than-life perspective often reflects in their style. That is why Punjabis never compromise when it comes to style and fashion. That is the whole essence of Punjabi juttis. It would be impossible to see a boring Punjabi jutti as each jutti is unique and exhibits a unique style.

Though the traditional Punjabi juttis used to adorn the native styles, modern designer Punjabi juttis are works of art from famous designers and skilled artisans. You can see unique thread works, bead works and colour combinations based on a particular theme which is too good to pass on. Punjabi juttis are popular across India and overseas. You can also see flower embellishments and intricate mirrorwork that look adorable. Another great thing about Punjabi juttis is that you can pair them with almost any outfit. Whether it is a western dress, skinny jeans or traditional outfits like Salwar Kameez and lehenga, Punjabi juttis for women are the perfect companions for any kind of outfit. That is why every woman must have a Punjabi jutti in their wardrobe.

As mentioned earlier, India has used juttis for thousands of years. The kings and queens used to wear juttis made of expensive, imported threads, leathers and embellishments like gems and pearls. Over the years, the tradition of adorning juttis with embellishments got popular across India and is known as Tilla juttis. Tilla juttis look royal, and why shouldn’t they? Tilla juttis use gold threads or zari embroidery in the design work. It gives them a regal look that you cannot take your eyes off. Till juttis are further divided into various categories, such as Khosa, Milan and Lakhi, and each of them has its own fanbase. The toe of the khosa Tilla jutti is curled up and turned upside into a sharp tip. The Malerkotia Tilla jutti is popular for its dense trellis embroideries and rhombus patterns. The Firozpuri juttis adorn a checkered pattern that looks very eye-catching. Each Tilla jutti has its unique style and can be easily recognised from the designs and patterns.

There are some types of juttis that have a special place in the heart of many and Kasuri jutti is one of them. Apart from inspiring plenty of Punjabi songs, Kasuri jutti are among the most popular juttis among Punjabi girls. Traditionally made with leather, Kasuri Juttis are simple yet elegant in appearance. They often adorn unique designs of colours like white and gold on leather that look absolutely amazing. The tan colour of the leather gives a perfect background for gold and white. Many other styles of Kasuri jutti exhibit hexagonal and wave patterns that give them a distinct look. No matter which colours or design is used over the upper, the underlying insole and outsole are made of leather, maintaining its unique appeal. Women wear them as a part of ceremonial and traditional attire such as weddings. You can wear them during any festivity or for daily use. Kasuri juttis are unique in style and can easily catch the attention of the crowd. No wonder there are many songs written about Kasuri Jutti.

Footwear is an inseparable part of women’s wardrobe. Women put a lot of thought into deciding which footwear deserves a place in their wardrobe. Therefore they have numerous footwear styles in their closet, and each one has its purpose. Juttis are an all-rounder of footwear as you can wear them on any kind of outfit, whether it is western or traditional. On top of that, they are perfect for any occasion, whether a wedding, family function or a get-together with your buddies. Now that you know these various types of juttis, which ones are you planning to buy?

Get Gifts For Your Significant Other On Special Occasions

HOW TO STYLE UP WITH WOMEN’S JACKETS: 5 DIFFERENT WAYS TO WEAR A JACKET 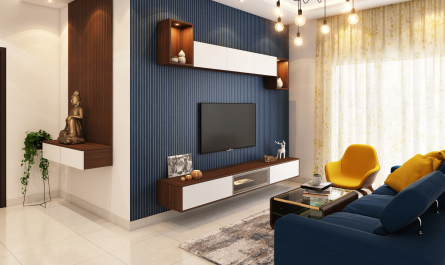 Add a Luxurious Touch to the Living room with these Accessories